Finishing in Nicaragua for 2016

We knew the fun had to come to an end, so we made sure to squeeze in one more project before our time was up.

After our first-aid training course we took with the Ometepe Guides in June, we decided that the theory was helpful, but we wanted more practice (and more tourist-specific topics, such as heat exhaustion, dehydration, and sanitation), and we thought the guides should have first aid kits to go along with their training. In the USA you may be able to stop by your local convenience store and buy a first aid kit, but it's not so easy in rural Nicaragua. We were able to get lots of supplies from the local pharmacy, and using our sewing skills and some ideas from the internet, we put together our own custom kit--well stocked for the wilderness. 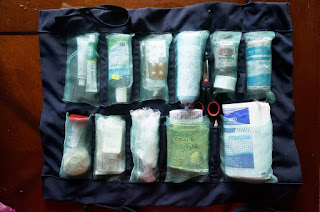 We then hired a local tailor to make us 18 more (Gracias Angel Vela!). 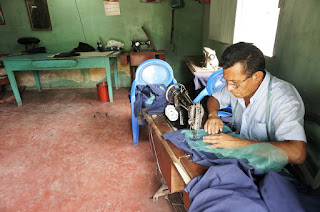 The kit rolls up and fits in a small bag. 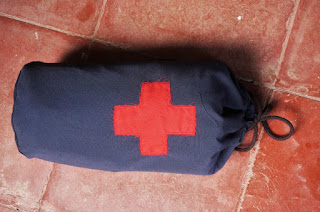 It ended up costing $27 per kit, which would be a great deal for US standards, but we had to consider that this kit costs about an average week's wage in Nicaragua. Would you spend a week's wage on a small first aid kit? I wouldn't! Since we had some funds left over from the generous donations of our supporters, we subsidized the costs of the kits down to $7 each, and we put together a refresher course and practical training workshop for the guides who signed up. We had a nice crowd that afternoon, especially as our last workshop doubled as our despedida (good-bye festival). 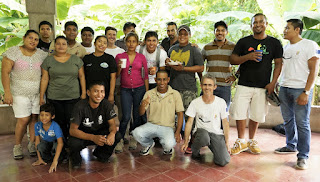 We put together kits 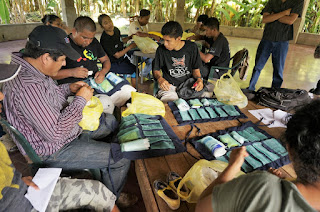 Then used them to treat simulated injuries. 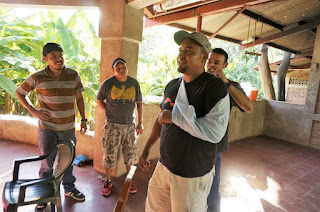 Then went straight for the piñata (which happened to be a yellow-naped amazon parrot--one of the threatened species that finds refuge on the island). 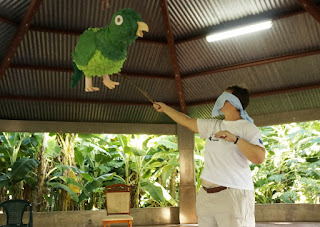 By the end of the night, the parrot's head was on Willmore's head. 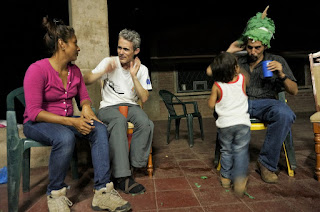 We also had our last classes with the Si a la Vida kids. We read The Giving Tree again. 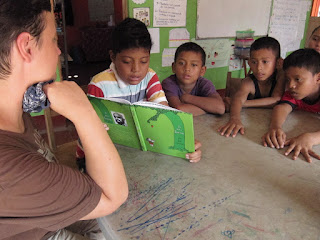 And we read the Lorax. 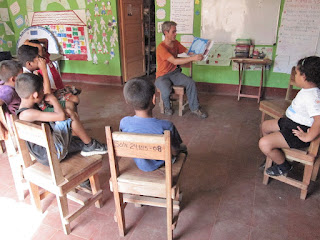 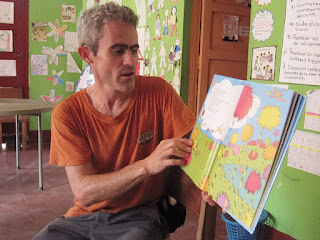 Both of these books we also bought with your donations, and left behind with our partners in Nicaragua.

The school put on another big despedida for us, just two days after our first despedida with the guides. The kids danced for us, 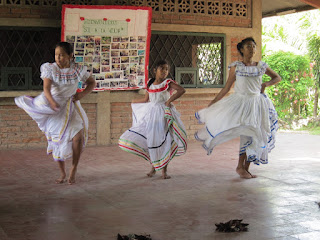 and we had another piñata! 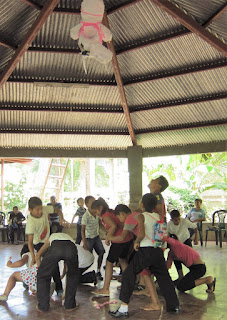 And after a beautiful morning spent together on the beach, we had to say good-bye to the kids as they left on their "school bus." 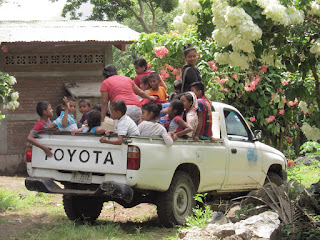 We also said good-bye to our home on the farm. Kate planted some interesting plants with the hopes that they will grow and bring us food next year when we return. You can also see the doors that Jeff varnished in the background. 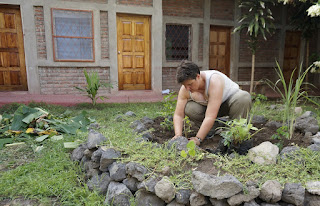 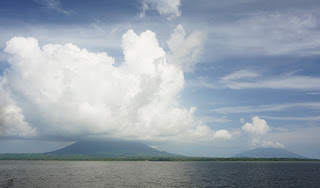 It wasn't over, however.  We still had 5 days (or so we thought) to do some sightseeing in Masaya and meet with some folks at the Embassy before flying home.

There's an active volcano in Masaya, so we couldn't turn down seeing that. There's an active lava lake in the volcano--even better! For health and safety reasons, you can only visit for 15 minutes, but we designed our tour around it. We hired transportation that brought us to the edge. We looked down into the glowing caldera. 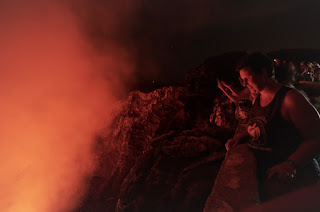 listened to the glowing-red smoke spew out of the depths, 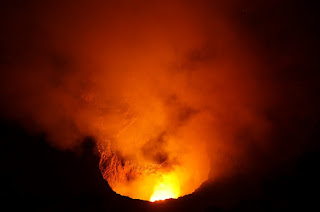 and we saw the lava lake bubbling and sloshing in the bottom. We took some video of the event and put it on youtube:


Due to a strange twist of luck and unluck, the very same night as the volcano we noticed that there was a hurricane heading to Florida on the day our flight was to arrive. We had tickets with one of those discount airlines, you know the ones that don't have mutual agreements with regular airlines, so you can't just reroute your flight. I won't name the airline, but let's just say it rhymes with "Schpirit." Anyway, they only have one flight every other day, so if a flight is cancelled, displaced travelers could spend a week or more trying to squeeze into the following flights. Well, on our way to the volcano, "Schpirit" put in a travel advisory that allowed for free ticket transfers. The only flight available for us to change to was two days earlier than our planned departure. In other words, it was that very night, just a few hours after our volcano tour. And we booked it. So on the way back from our lava lake excursion, Jeff found a taxi would take us to the airport in Managua (about a 50 minute drive). Suffice to say, the next morning we woke up in Fort Lauderdale, and the Nicaragua chapter of our 2016 adventure came to a close.
Posted by Guias Unidos at 8:19 PM